One day, even if it’s long into the future, you may find yourself in transition, and you may need to leverage your network of contacts for a new role or leads on a new role. As a senior finance executive, the time in transition can go up as your compensation increases. While the overall job market is strong, there is a trend towards outsourcing, moving roles to lower cost centers, and using technology to perform what were once core finance functions. In short, what’s available out there can become an increasingly mixed bag.

It’s What You Do

You’re a finance professional. Your value is being able to provide business insight from both the data you analyze and from the internal company relationships you build in order to tell a business story; you use your insight and relationship-building ability every day in order to partner with your CEO.

But your real CEO and partner is yourself and your family. There is a line from Nicholas Cage playing Jack Campbell in The Family Man: “Business is business. Wall Street, Main Street. It’s all a bunch of people getting up in the morning, trying to figure out how they’re going to send their kids to college. It’s just people.” And it’s the truth. Everyone you meet is essentially trying to do the same thing. So everyone has a responsibility to manage their career for themselves and for their families. How do we do that? We make sure that we are just as proactive in building out our network of contacts as we are in being proactive about supporting our current CEO. We make sure that we use that same ability to be insightful about business and to build relationships internally in order to construct relationships with our personal network of contacts.

So the question becomes, do I reach out only to people I have a deep friendship with or whom I feel an immediate connection to?… or do I become consistent in reaching out to people whom I would consider casual business acquaintances?

The best thing you can do for yourself is to be proactive in reaching out to the people you meet (even if you do consider them casual business acquaintances) with an eye towards initially speaking with them (if you have just met them) and then to catch up periodically.

If and when the day comes that you need to call on your network for leads on appropriate roles, you won’t even have to ask for a job, you’ll just be “catching up.”

Your network will think of you when they hear of something, and they will keep you in mind. Your consistency will have helped you, and you’ll be responsible to your real CEO. 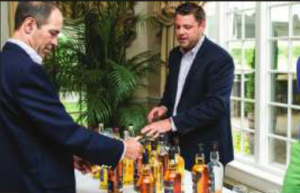 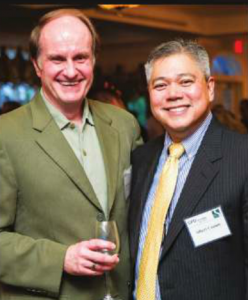