CFGI Co-CEOs Nick Nardone and Shane Caiazzo said, “CFGI was founded 17 years ago to serve CFOs as an independent advisor to help with their most complex accounting and transaction-based needs. Our success has resulted from a world-class team of former Big 4 accountants that brings the technical accounting, operational and capital market skills needed across all phases of a company’s lifecycle. We are proud to partner with Carlyle and excited for the elevated relationships and resources that we expect to come with the Carlyle global network and the ability to leverage this platform. Our focus for the firm is to aggressively work each and every day to become the go-to partner for all CFOs, CAOs, and Controllers across the nation.”

John Redett, Carlyle Managing Director and Co-head of the Global Financial Services team, said, “The Partners of CFGI have built a world-class accounting and finance consultancy firm that is a trusted partner to CFOs of the Fortune 1000 and private companies. Increasingly complex regulation is driving demand for the type of independent technical expertise, advice and resources that CFGI provides. We look forward to supporting CFGI’s continued expansion into new geographies and product lines, while seeking to leverage the One Carlyle global network.”

CFGI is a unique and highly specialized financial consulting firm that is strategically positioned to help companies through a range of routine and complex business scenarios. As an extension of your corporate finance team, CFGI works alongside your internal staff, serving in a variety of roles – from technical accounting advisor to M&A support to Controller or CFO – and delivering seamless support services. To learn more, visit www.cfgi.com.

About The Carlyle Group 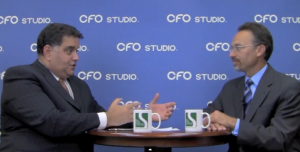 Luke McKinnon has spent much of his career in the engineering industry, and since 2009 he has served as executive vice president and CFO of New York City–based consulting firm the Louis Berger Group, which provides architecture, construction management, and economic development services. Though his focus is on finances (previous roles include chief financial officer at AECOM and operations controller at URS, which are both in the same business areas as the Louis Berger Group), he approaches his work like an engineer, building or developing an accounting department to support the operational departments. Mr. McKinnon will be leading the CFO Studio Middle Market CFO Executive Dinner on “Preparing for Private Equity” on Sept. 10, but in the meantime, he sat down with Andrew Zezas, publisher of CFO Studio magazine and host of CFO Studio On-Camera, to discuss how aligning people, processes, and technology can yield broad benefits.

(ANDREW ZEZAS) You were brought in [to the Louis Berger Group] to kind of shake things up. How have you improved the accounting department of the company?

MCKINNON: When I got there, we were touching an invoice 15 times when it would come into Accounts Payable. Vendors would send me bills for every transaction. So we looked at technology where we could have our vendors submit electronically to us, in one bill at the end of the month. We went from approximately 5,000 invoices a month and nine people in the department, to 3,000 invoices a month and three people in the department. Vendors were no longer saying, “Did you get my invoice?” because they could see that they submitted it to us electronically, and it was going through the process.

Tell me about how these improvements benefited operations.

MCKINNON: I’ve got project managers that are sitting all around the world, so if they’ve got an employee that submits an expense report, before, it used to be in Excel format. We went to electronic software. Now, an employee can submit, and it goes to the project manager immediately. It was taking six to eight weeks to get an employee paid, [and now] if he submits his expense report on a Monday, the employee could have payment by Friday. You get an employee who no longer has to worry, “How am I going to pay my credit card?” The other benefit is, now, when those charges go onto a project billed to our client, the accuracy is not six months old, it’s from within the last week or two. They know it’s a timely bill.

MCKINNON: I like the challenge. Whether it was fixing the AP department or a monthly close, or our timesheet process: You’re making sure it works for everybody, making it more efficient, making it more accurate. I find it exciting, I really do. 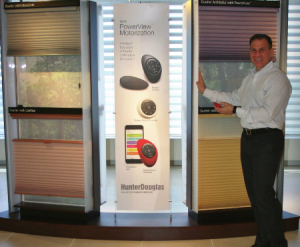