A SUCCESSFUL IPO, AN UNSOLICITED TAKEOVER OFFER, AND A $163 MILLION WINDFALL YIELDED A VERY MEMORABLE YEAR FOR PINNACLE FOODS’ CFO 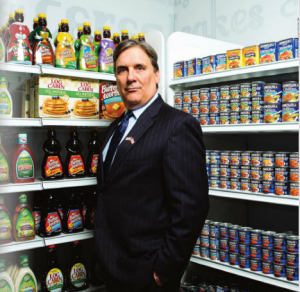 For anyone who works at Pinnacle Foods, the six weeks that began on May 12, 2014, are unforgettable. During this stretch, the future of the company hung in the balance, as the fate of the Parsippany, NJ–based producer, marketer, and distributor of such American dining staples as Birds Eye frozen vegetables, Duncan Hines baking products, and Log Cabin syrup was kicked around far off in Chicago. It started with an unsolicited offer from Hillshire Brands, a Chicago-based food company, to acquire Pinnacle. “That was a really dark day in Pinnacle history,” says Craig Steeneck, Pinnacle’s 57-year-old chief financial officer. Fourteen months earlier, Steeneck and his finance team had borne the lead role in taking Pinnacle public. The takeover news ate at his sense of accomplishment. “It felt a bit like being a victim of our own success,” he says.

Now asked to lead the integration with Hillshire (whose brands include Jimmy Dean sausage and Ball Park franks), Steeneck believed that would be his last act for Pinnacle Foods. Conventional wisdom has it that CEOs and CFOs don’t usually hang around after an acquisition. “The prospect of leaving behind all that the Pinnacle team built was unsettling,” he says. For nine years, he’d put his considerable talent into helping shape, grow, and define the business. Disheartened, he made the trip to Chicago to “lay out the shell of what the integration plan would look like.”

Two weeks later, everything changed. Pilgrim’s Pride (a chicken producer, processor, marketer, and distributor) announced a bid to buy Hillshire. A couple of days after that, another shift occurred, when Tyson Foods (a global chicken, beef, and pork producer) topped Pilgrim’s offer for Hillshire—and a bidding war ensued. It soon became clear that the sausage maker, Hillshire, would be bought out by the highest bidder, which ended up being Tyson, and that Hillshire would not acquire Pinnacle.

Still, Pinnacle had accepted a legally binding offer that had not been officially withdrawn by the Hillshire Board, so the company was bound to the deal and continued to play along, so as not to jeopardize a significant break-up fee. “It was very disruptive,” says Steeneck. “We had to keep people focused on continuing to deliver the business. We carved out all the Hillshire activity and noise to a small group of people, so we weren’t distracting the rest of the team.” But the Wall Street Journal, the Star-Ledger, and CNBC, not to mention online news sources, kept the story alive throughout the six-week period.

Steeneck says that it wasn’t until July 1, 2014, when the Hillshire board voted in favor of taking the Tyson offer, and jettisoned plans to pursue acquiring Pinnacle, that the over 4,000 employees could raise a cheer for their independence and return to business as usual. Also, Pinnacle could then collect the $163 million break-up fee.

Why Pinnacle Was a Target

Pinnacle Foods manufactures products at 13 plants that it owns. Its brands hold the No. 1 or No. 2 market position in 10 of the 14 major categories where they compete. And, Pinnacle generates significant cash flow. “Our cash-to-earnings ratio is enormously high,” says Steeneck: 90 percent at year-end 2014. “That’s one of the characteristics of the Pinnacle portfolio that differentiates us from our peers. We’re able to convert earnings into cash at a very high percentage,” he says.

The Pinnacle business was created from a number of acquisitions (see Sidebar, this page). And the company continued to grow by buying brands that the nation’s large food companies deemed to be non-strategic. As a mid-cap company, with lower overhead, Pinnacle was able to put more attention into the brands it acquired, says Steeneck. Importantly, the brands were charged lower overhead than they’d been saddled with under prior owners.

In order to make those acquisitions and get solid returns from them, Pinnacle relied on tight financial controls and Steeneck’s oversight. In 2007, Pinnacle was acquired by The Blackstone Group and the focus shifted to building a company that could someday go public. Toward that end, in 2009 Pinnacle recruited Bob Gamgort as CEO and made its most significant acquisition, purchasing Birds Eye Foods. “That transaction was transformative for Pinnacle, as it virtually doubled our size,” says Steeneck.

When Pinnacle Foods created the prospectus, the S-1, that was filed with the SEC in connection with its March 2013 IPO, it was Steeneck’s finance team that took the lead, coordinating the efforts of in-house counsel and outside banking and legal advisors, to navigate the organization through this process. This grueling effort included compiling “a 250-page document containing extensive financial data, along with strategic and operational information that needed to be cleared by the SEC,” says Steeneck. Once cleared and with a compelling investor presentation in hand, he, Gamgort and Maria Sceppaguercio, who was brought in at that time to head up a new Investor Relations function, then articulated the story for investors during a 10-day investor road show.

Creating value by “Reinvigorating Iconic Brands” became the company’s mission, with a focus on prioritizing investment spending across the portfolio, expanding margins through productivity, maintaining a lean and efficient organization structure, and driving strong cash flow to create significant shareholder returns. Pinnacle emphasized during the IPO that acquisitions represented upside to the value creation the base business would generate.

“We operate in an industry and categories that are low-growth, but we’re able to create value by investing differentially in the highest-return brands in our portfolio, continuing to reduce our supply chain costs, and maintaining very lean SG&A overhead that minimizes the tax on our brands,” says Steeneck.

Investors responded well. The company priced the IPO at $20 per share. On March 28, 2013, the first day of trading, the stock (NYSE: PF) opened above that price and ended the day up more than 11 percent. Blackstone didn’t sell any of its shares at the IPO, instead choosing to hold for the significant value-creation potential it believed the company would — and ultimately did — realize.

A CFO With Good Chops

Until Blackstone became Pinnacle’s owner in 2007, Steeneck had spent considerable time fixing non-performing areas of the company with better systems and talent. In 2007, the focus changed to investing in the business so as to build a world-class food company.

His prior experience was extremely useful. Early in his career, he worked 13 years at Reckitt & Colman (now Reckitt Benckiser), becoming CFO of its North American operations. There he was involved in acquisitions of such brands as Woolite and Lysol to grow the company’s portfolio (and it was there that he met his wife, Sandra). He held his first public company CFO position at International Home Foods (Chef Boyardee, Gulden’s Mustard, Bumble Bee) and later joined Pinnacle Foods as executive vice president of finance, overseeing supply chain and IT.

Pinnacle had bought Aurora Foods a year prior, and was experiencing problems with customer service. Also, the logistics network was costing significantly more than industry benchmarks indicated necessary. “We had to put much better tools and processes in place, which we ultimately did,” he says. These tools and processes were critical in 2009 as the company embarked on the integration of the Birds Eye Foods acquisition, and in 2013 integrating the Wish-Bone business. “We fully integrated Birds Eye within six months and exceeded the acquisition plan on all key metrics. We had similar success with Wish-Bone.”

Today, two years after proving the company’s value with its successful IPO, Steeneck is still excited by the position he holds and the issues that come up. “I think the best part of my job is being a trusted advisor to the management team and having to be on my game day in and day out,” he says. “We are fighting for market share, we’re fighting for share of shelf, we’re fighting for quality employees, and we’re fighting for investor dollars. So there’s not much room for error. But we’re faster, we’re nimbler, we’re less bureaucratic. By making decisions faster in this world, we’re able to outmaneuver our competition.” 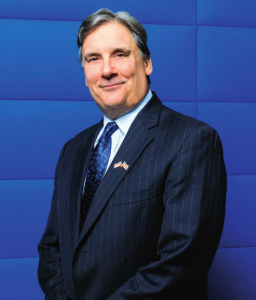 When Pinnacle received the $163 million break-up fee, the company used most of that money to pay down debt. It also needed to ensure retention, so the company sweetened its bonus plan for the year and granted stock to all salaried employees who did not receive equity as part of their compensation. “One important lesson from the Hillshire event was how important it is for employees to be owners and have a direct stake in the company’s future,” says Steeneck.

The acquisitions that defined Pinnacle Foods’ growth over the course of the company’s first decade are harder to come by now. But it’s possible to improve margins by reinvigorating, for example, the male-focused TV dinner Hungry-Man with new flavors and combinations that can raise the price point: Fried Chicken and Waffles, anyone?

Steeneck’s finance team plays an active role in this sort of product innovation. Senior-level finance staff members are integrated into the business units in sales, marketing, and supply chain, with dual reporting responsibilities. Beyond costing out and evaluating new products, says Steeneck, “They’re involved in the development of the marketing and sales plans, and linking those plans to the supply chain.”

Finance team members are thus in a position to influence the brand teams to make better decisions, whether it’s forecasting sales or determining a future path. “You don’t want your finance team just looking in the rearview mirror. You want them working as cross-functional business partners to support better decision-making,” he says.

And Steeneck’s choice of people to support the commercial side of the business and help in the decision-making process gives him a maestro’s role in Reinvigorating Iconic Brands.

Michael Mardy, Executive Vice President & CFO of TUMI, discusses his views on the economy and corporate growth in a CFO Studio Interview with Andrew Zezas.