CFO Andreas Rothe was prepared to talk to a roomful of financial executives about a number of ways to revitalize a business that is struggling, but the discussion kept circling back to this one point: The people. “Finding the right people to steer the ship, especially one that is sinking, is paramount,” said Mr. Rothe, who currently works in the Matawan, NJ, office of Fragomen Worldwide, the world’s largest immigration services provider, but has played a key financial role in the successful turnarounds of three companies that were floundering.

Mr. Rothe spoke on Achieving Best-in-Class Financial Performance with Limited Resources —Lessons from Turnarounds, at a Middle Market Companies CFO Dinner, part of CFO Studio’s Executive Dinner Series, held recently at Blue Morel in Morristown, NJ. Mr. Rothe opened the dialogue with the words, “First who, then what,” quoting business author Jim Collins, whose best-seller Good to Great advised corporate leaders, “Get the right people on the bus, then figure out where to go.” Mr. Rothe elaborated, saying, “Tomorrow you can decide what you’re doing with the people, even trying them out in different positions. Today, get them in the door.”

He moved the discussion along by asking if this can be accomplished if “you’re driving an old, unattractive school bus.” The answer, several in the group said, is a yes: “There will always be people who are interested in a tough environment because they see it as an opportunity to make the biggest impact.” These individuals are firm believers in the saying, “You can only go up.”

But this doesn’t mean, Mr. Rothe and others cautioned, that leaders of struggling companies should clean house in one fell swoop. Instead, “take small steps, attempt quick wins.” And, while acquiring the right people for managerial positions and some key functions is indeed possible, “you’re not going to find the right person to play every role.” That, he and others said, is where those in charge must work to retain existing staff when attempting to turn around a difficult business situation.

“You need to accept and work with some of the people who are already there, or they will leave and you will have nothing.” And it is imperative that managers make every effort to be inspiring, to motivate their teams, and to celebrate the successes of both new and current hires, alike.

Mr. Rothe then attempted to move the conversation toward a couple of other ways to breathe new life into a business that is slipping away, such as focusing on structure, processes, and technologies, but the group went right back to the question of personnel, particularly how to attract and keep the right people when the compensation that the company can offer is not competitive and the outlook uncertain.

Gregory Choi, Senior Vice President of Middle Market Banking at Capital One Bank in Edison, and a CFO Studio Business Development Partner, said he was impressed with one participant who managed to secure a top performer though the salary being offered was quite low. “This executive purposely hired someone who had the academic credentials he wanted, but was rough around the edges; a real ‘diamond in the rough,’ so to speak.” Mr. Choi went on, “He admitted it was someone he thought might have fewer options, and in a perfect world, he might not have given him a shot.”

Mr. Choi said this manager thought: “If I can see through his rather blunt and gruff exterior, I might get someone who can really make a difference.” As it turned out, that’s exactly what he got. “This new hire has brought all the desired intellectual firepower to the party, and is proving himself to be invaluable.”

Mr. Rothe applauded this move and reiterated the need to “focus on a few stars, but to be always thinking of new and unique ways of keeping everybody on board motivated and working toward the same end.” However, a good mix among people, processes, systems, and organizational structure, he continued, will help lead suffering companies to a successful turnaround, and “one that is sustainable over the long haul.”

In an interview after the dinner, Mr. Rothe expressed his pleasure and surprise over how the discussion centered entirely around people, but was never repetitive. “Everyone had the same personnel concerns, but each brought a slightly different flavor to the exchange.” He laughed, saying, “We could’ve talked about people all night.” 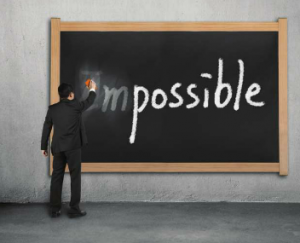 The miraculous resurrection of Hostess Brands is proof positive that, if acquired at the right price, and approached with the right vision, almost any business has the potential for rehabilitation. Billionaire C. Dean Metropoulos and Apollo Global’s Andy Jhawar performed just such a corporate miracle. How? Forbes reports that it was a scorched-earth approach involving a complete liquidation of the former company, unbundling brands, severing ties with dead-weight subsidiaries, and washing away a staggering debt load. However, Metropoulos made the important decision to remain sensitive to the history of the Hostess brand.

By nurturing top assets, pruning away dead ones, and modernizing manufacturing and distribution, Metropoulos streamlined and transformed Hostess into one of the most efficient food companies in the business. Now, two years after its acquisition, Metropoulos and Apollo are poised to make $2 billion on a $180 million equity investment.

Forbes quotes one banker saying, “What they’ve done at Hostess should be a Harvard Business School case study on how to turn around a business.” Call the class Twinkie 101.