We all understand that T’s should be crossed, I’s must be dotted, and rows and columns of numbers should reconcile exactly. But an obsession with absolute accuracy and complete perfection can destroy the ROI of an acquisition or roll-up.

SITUATION #1 Investors were expanding their company to become a multiservice one-stop shop. After two acquisitions of specialized companies, due diligence for a third dragged on for over a year, while the target’s 45 percent growth rate slowed to 25 percent. Valuation was adjusted three times. Some key employees lost confidence in the acquiring company and accepted positions elsewhere. The distraction of the onerous due diligence process increased the cost of acquisition, lost the company opportunities, and slowed integration. The acquirers lost millions as the accounting departments parsed numbers. They would have made more money if their guesstimates had been off by as much as 30 percent! It pays to gauge the pace of the industry involved. Before establishing the budget and timeline for due diligence, it pays to know how quickly a transaction must be completed to achieve the desired competitive advantage.

SITUATION # 2 An investor wanted complementary companies to provide a range of services for corporate accounts. His team ran into difficulties when multiple investors emerged, all courting the same target, but with varying approaches to due diligence, valuation, and integration. One might assume that prospective buyers from Asia, Europe, and South America would use generally accepted accounting practices (GAAP) that would yield comparable valuations. But the variations in what constituted gross profit ranged from 32 to 38 percent, a huge difference. In B2B service businesses, stable, scalable gross profit is central to success, and each prospective buyer expected the target company to invest in additional accounting to match the prospective buyer’s definitions. A fourth buyer, who was able to deal with accounting differences later, bought the target company while the other three were still focused on the definition of gross profit. It often pays to accept different (even less sophisticated) financial reports.

SITUATION #3 Same scenario — a roll-up to become a one-stop shop on a global scale. The buyer’s due diligence process was very precise regarding inventory, backlog, accounts receivable, repeat business, average order size, etc. But little attention was focused on the people. A few individuals in each of the acquired companies had large compensation packages, impressive C-level job titles, and expectations that they would retain authority over their piece of the blended company. The cost, risk, and complexity of leadership integration and/or replacement absolutely dwarfed the precise numbers that were generated about “things.”

It pays to remember the 80/20 rule. Perform due diligence that emphasizes the key factors behind success or failure. Acquisitions often involve “companies in search of a CEO,” so leadership-related due diligence matters.

For CFOs and other top executives, professional change is inevitable. Big career transitions can include having to embrace new roles, new technologies, new strategies, and living in a new geographic location. But even seasoned professionals accustomed to a fluid professional life find personal change difficult. According to organizational behavior expert Linda Brimm, writing in the Harvard Business Review, C-suite executives facing transition need to navigate through the “Seven C’s:”

Complexity – Considering all aspects and issues at play 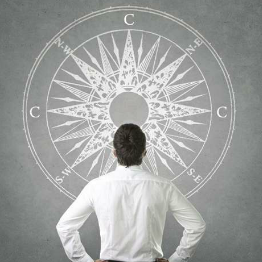 Clarity – Gaining insight, understanding, and the ability to prioritize

Confidence – Believing the change will be handled successfully

Creativity – Finding innovative solutions to any bumps in the road.

Change – Fully embracing the new experience and making it work

The ascending nature of these steps ensures that the proposed transition does not become an overwhelming obstacle to the next step in an executive’s career. Sticking to the process will provide a road map for embracing current and future change.